Mjøstårnet will be even taller

The world’s tallest timber building will now stand at 85.4 metres. This became clear when the last beam was hoisted into place on the building in Brumunddal on Tuesday morning. Mjøstårnet will therefore be more than four metres taller than originally planned. Here is the story of how the world record was raised to new heights.

“Well, as we’re going to build the world's tallest timber building in Brumunddal, why not make it as tall as possible?”  That was the message to Moelven from visionary property developer Arthur Buchardt of AB Invest.  At that point, the construction work on the 18-story Mjøstårnet in Ringsaker was well under way, with a projected height of 81 metres.

"We like a challenge, and we cooperated with the contractor HENT and the engineers at Sweco to find out how we could achieve this," says Rune Abrahamsen, director of Moelven Limtre.

Rounding off the edges

The solution was to increase the height of the top part of the building with its pergola beams by 4.4 metres, giving a total height of 85.4 metres.  To achieve this, the pergola beams at the top had to be rounded off to reduce wind loads. They were originally planned to be rectangular. 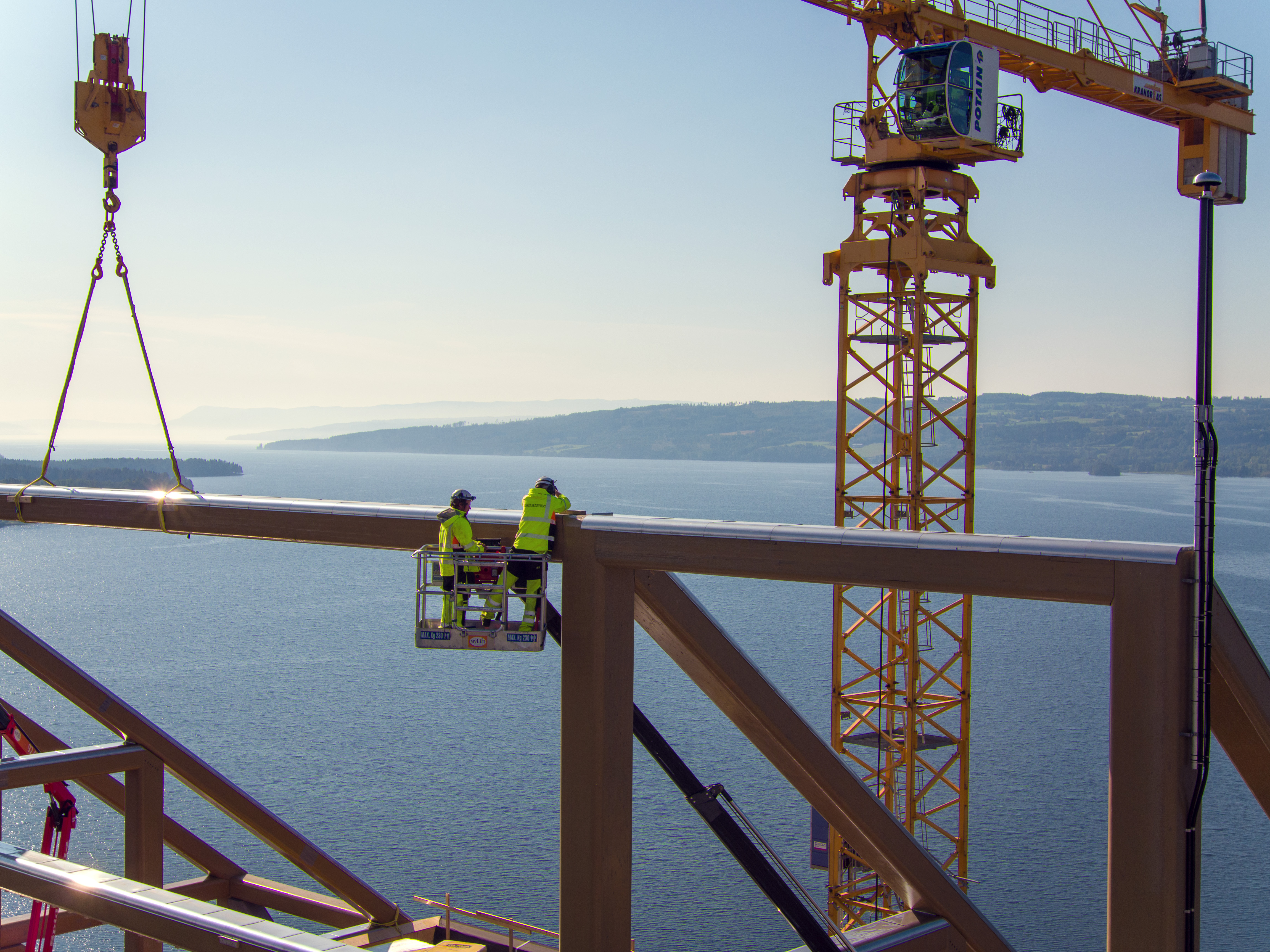 "The force of the wind at the top is moderated by the lower part of the building, and there must be agreement between the two.  By rounding off the edges of the beams, we managed to reach 85.4 metres.  This principle is known from flag poles, which are round to reduce wind strength,” explains Abrahamsen, praising the cooperation with Sweco, Aanesland Fabrikker A/S and contractor HENT.

"You don’t normally break world records without a big team.  It’s a great feeling to set a solid record like this,” says project manager Erik Tveit of HENT.

Inspired by the Paris Agreement

It was the developer Arthur Buchardt who came up with the idea of Mjøstårnet.  He says that the idea came to him when Norwegian politicians were urging people to think more about climate issues, local products and sustainability. Buchardt was directly inspired by the Paris Agreement with its commitments to reduce CO2 emissions.

"I took that challenge literally, and without asking the politicians, I did something about it.  Building with wood gives us a better world to breathe in. Another point of Mjøstårnet is to demonstrate the expertise and products of the timber industry in Ringsaker. This is a living example of what’s possible, what we’ve got and what we can do in Ringsaker,” says Buchardt.

Mjøstårnet will open in March 2019. The 18 floors will house offices, a hotel, a restaurant, apartments and an indoor swimming pool.

Articles, Q&As and pictures of Mjøstårnet