Looking out for one another can mean all the difference between life and death.

“If Lars Kristen hadn’t reminded me to put my helmet on, I probably wouldn’t be here today,” says company driver Fredric Liögård.

On 19 February 2019, a father of four, Fredric, was visiting Moelven Vänerply in Otterbäcken in Sweden to pick up and transport some sheets. After loading up the goods he climbed up onto his lorry to strap down the sheets. As he was doing so, Lars Kristen Holst, a business developer at Moelven, walked past.

“He looked at me and told me in a friendly manner that I had forgotten my helmet. So I climbed down and went to get it, before climbing back up again,” says Fredric.

Just after that the unexpected happened. Fredric lost his balance and fell four to five metres down onto the tarmac, headfirst. 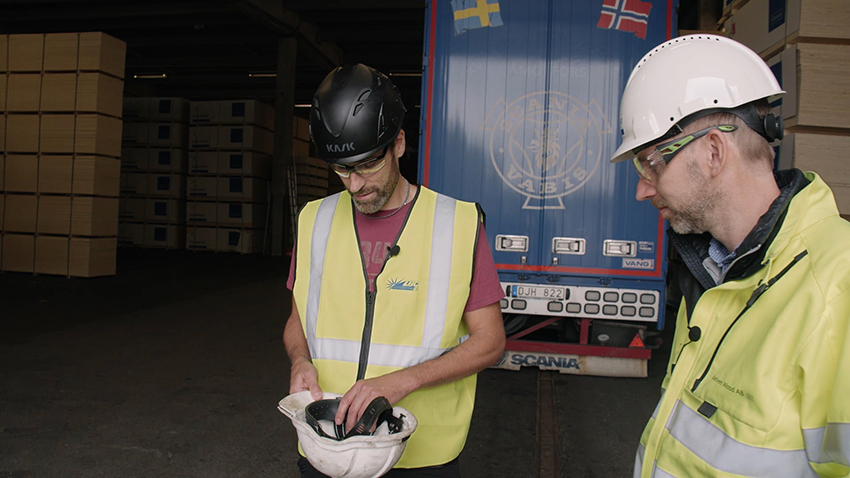 It was a moving reunion when Fredric and Lars Kristen met again six months after the accident. Photo: Hans Haug

“Both of his wrists were pointing the wrong way, so we knew that they were broken. We understood that it was extremely painful, but apart from that we were most concerned about what had happened to his neck and back,” says Lars Kristen, who was the first one at the scene of the accident.

In addition to breaking his wrists, it turned out that Fredric has punctured both lungs, broken seven ribs and suffered a blow to his head. His helmet was destroyed. 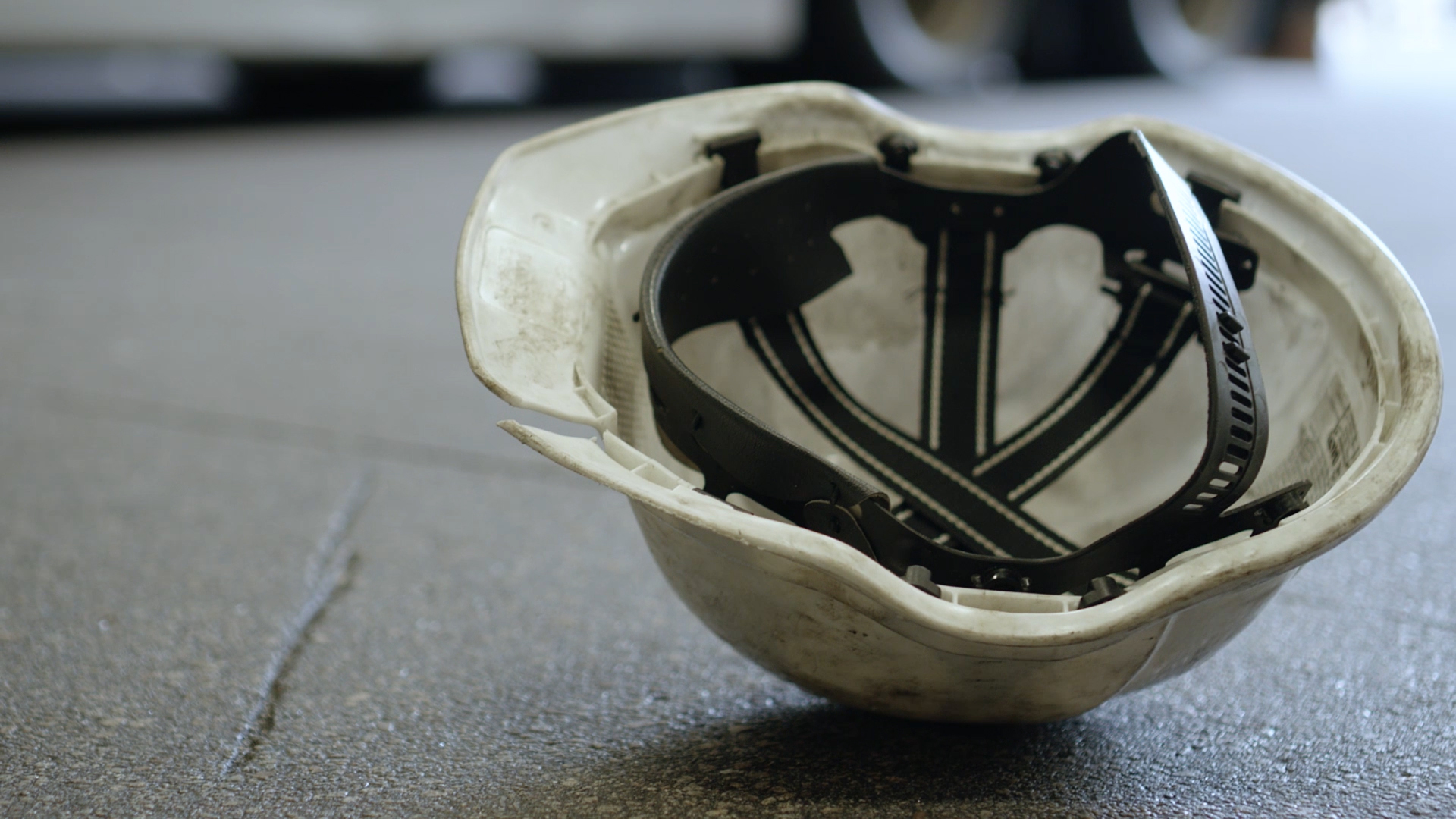 The helmet that Fredric was wearing cracked when he fell off the lorry. Photo: Hans Haug

Means more than we think

“Colleagues who care are the most effective safety equipment we have. Stopping and daring to say something can mean more than we might think. Lars Kristen’s friendly reminder is proof of that,” says Anne Cathrine Amdahl, the HSE Manager at Moelven.

Today Fredric is now back at work fulltime and is full of praise for what Lars Kristen did.

“I am incredibly grateful to him for reminding me to put my helmet on, otherwise I wouldn’t have done it.”