Investing in chips and in nature

Moelven Østerdalsbruket in Koppang has invested NOK 10 million in a new chip terminal. This makes the sawmill better able to utilise the entire log.

One of Moelven’s sustainability goals is to safeguard natural resources, which means that we must utilise the entire log as raw materials. The company also depends on this to ensure good financial operations. The new chip terminal in Koppang, which was opened in January 2019, helps to ensure chip sales and sustainable operations.

“The terminal allows us to produce more chips and secure sales of our byproducts such as sawdust, wood shavings and bark. Achieving both is critical for us in the wood industry,” says Anders Grønli, managing director of Moelven Østerdalsbruket AS. 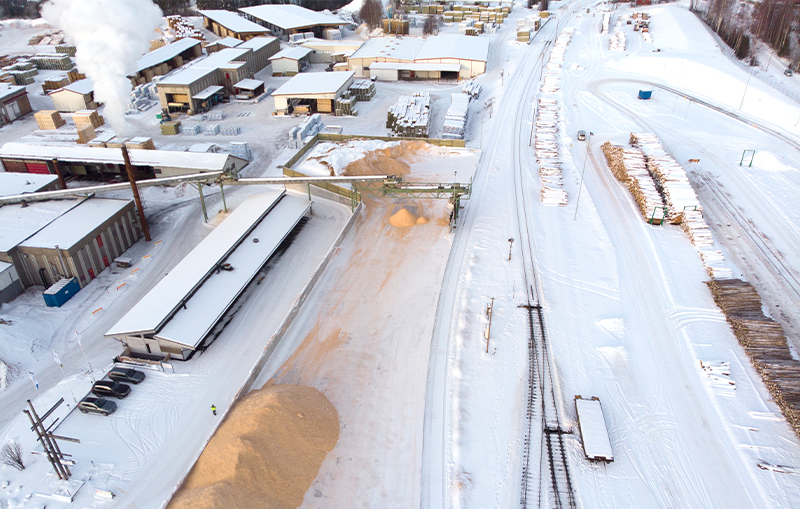 The new chip terminal at Moelven Østerdalsbruket AS. Photo: Moelven

In a sawmill, more than half of the log is turned into sawn timber, while the other half ends up as chips and bark. Therefore, it is important to also create value from the byproducts, which can be used for things like renewable energy, as well as paper and cardboard production.

The new terminal allows Østerdalsbruket to ensure the quality of chip and bark product deliveries.

– “Loading the chips has been made more efficient and we have also achieved a safer entrance to the sawmill with better lines of sight,” says Grønli, adding
– “It is also good that trains are a sustainable alternative to road transport. The 56 trains that collect chips in Koppang each year replace 1,750 lorries a year.”

Chips and bark from Moelven can be used for things such as renewable energy, as well as paper and cardboard production. Photo: Moelven

Loading the chips has been made more efficient and we have also achieved a safer entrance to the sawmill with better lines of sight.

In addition to the chip terminal representing an investment in natural resources, it is also helping to create ripple effects that benefit many people. 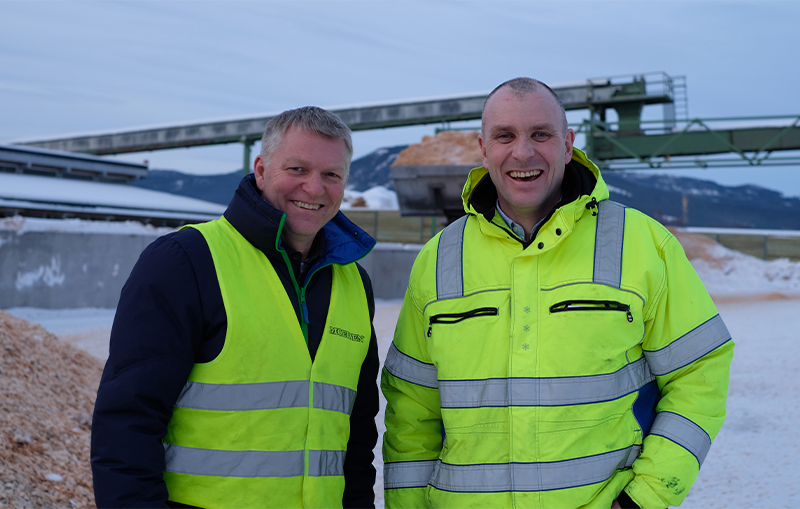 The mayor of Stor-Elvdal Municipality, Terje Hoffstad (left), and general manager Anders Grønli agree that the investment in the new chip terminal creates ripple effects that benefit many people. They are seen here at the opening of the terminal. Photo: Moelven

To ensure that our work on sustainability has clear direction and a global perspective, we have chosen to connect our four main areas to the UN’s Sustainable Development Goals. The article you’re now reading is linked to “Safeguarding natural resources” and sustainability goal #13 Climate action.

Read more about what the different goals mean to us here