“Mjøstårnet” will be more than 80 metres tall, and stand 30 metres higher than what is today considered the world’s tallest timber building. 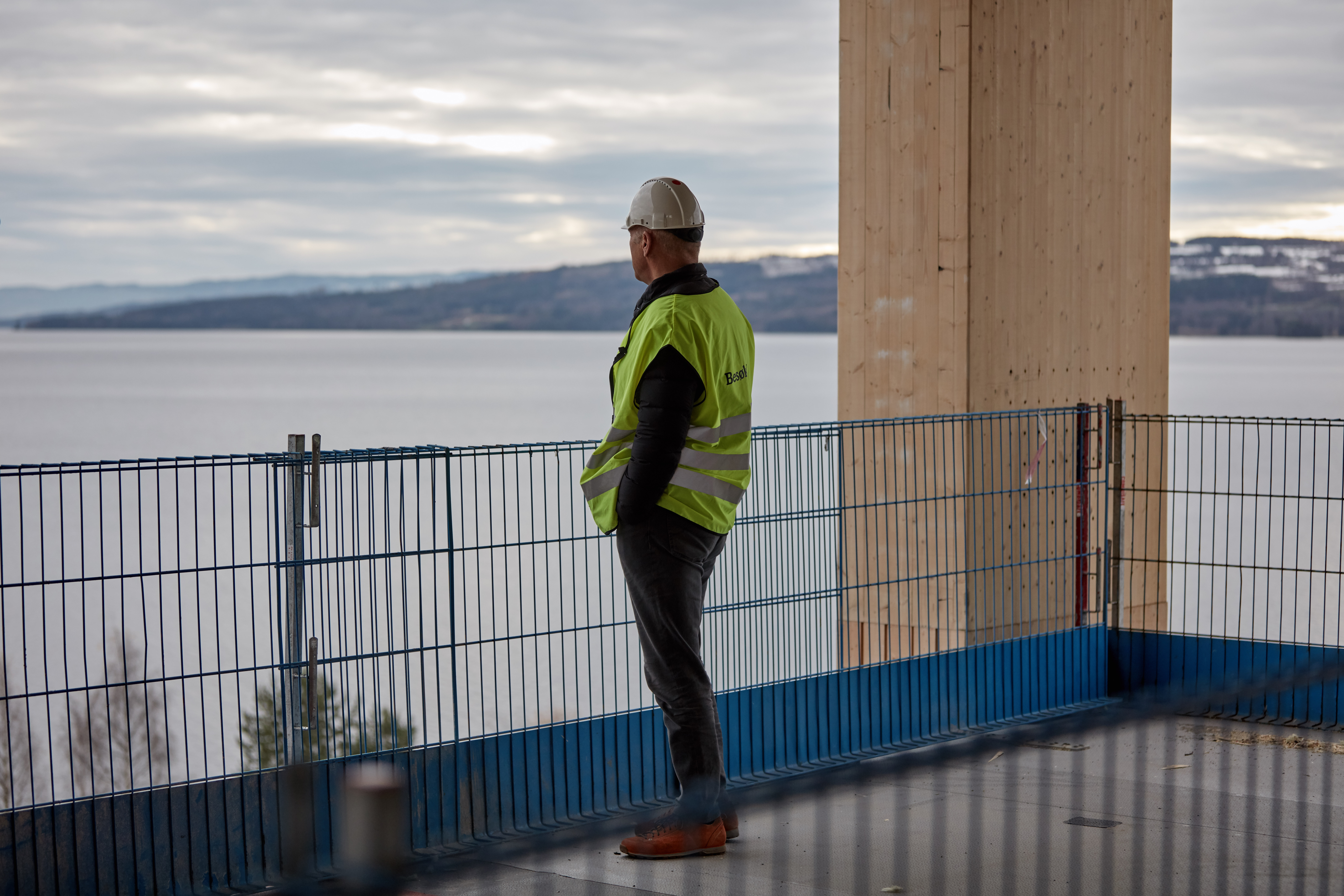 “Mjøstårnet sets new standards for timber constructions. The building is the closest we come to a skyscraper in timber,” says investor and contracting client, Arthur Buchardt.

> > Read more about why “Mjøstårnet” is THE TALLEST TIMBER BUILDING IN THE WORLD.

> > See the first of six films about "Mjøstårnet"

> > See also the first of six films about "Mjøstårnet" without logo

Mjøstårnet, named after its neighbour and Norway’s largest lake, Mjøsa. The record-breaking construction will sit on the edge of the north-eastern tip of the lake in the small town of Brumunddal, an hour and a half’s drive north of Oslo.

Spanning over 18 floors, the building will reach 80 metres high, and include apartments, an indoor swimming pool, hotel, offices, restaurant and communal areas. Construction is scheduled to be completed in December 2018. Moelven, a Mjøsa-local Scandinavian industrial group, will supply the timber constructions from local spruce forests required to construct the tower and the swimming pool area.

“The assembly and construction of the Mjøstårnet is nothing short of world-class engineering, and will be managed without external scaffolding, despite the complexity of working at heights. We are primarily using cranes and supplementing with lifts as needed. We have reached 33 metres to date, meaning we have 48 metres to go,” says Buchardt.

Arthur Buchardt states that he can evidence the climate friendliness of building with wood.

“A project group established by Norwegian road authorities investigated the possibility of building the world’s longest timber bridge across Lake Mjøsa. Their studies show that building with wood instead of concrete can reduce CO2 emissions by up to 30 percent,” says Buchardt.

Buchardt believes that the construction sector will evolve in the footsteps of the automotive industry.

“In 15 years’ time I believe it will be illegal to produce and sell cars that run on fossil fuels. Similarly, I expect that climate-friendly materials will become an international statutory standard,” says Buchardt.

Importance of the Paris climate accord

“You could say that I have had my eureka moment. I want to help convey an important message with this project. To build with wood is to contribute to the world breathing better,” says Buchardt.

Buchardt hopes that his ambitions to build the world’s tallest timber building may inspire others.

“Through Mjøstårnet we demonstrate that it is possible to construct large, complex wooden buildings. The planned construction of the Norwegian Government quarter can become a wooden landmark internationally,” says Buchardt.