Glulam can withstand a burnout fire

A fire test shows that glulam structures can be designed to maintain their load-bearing capacity throughout a burnout fire. This allows for greater use of glulam in tall buildings. 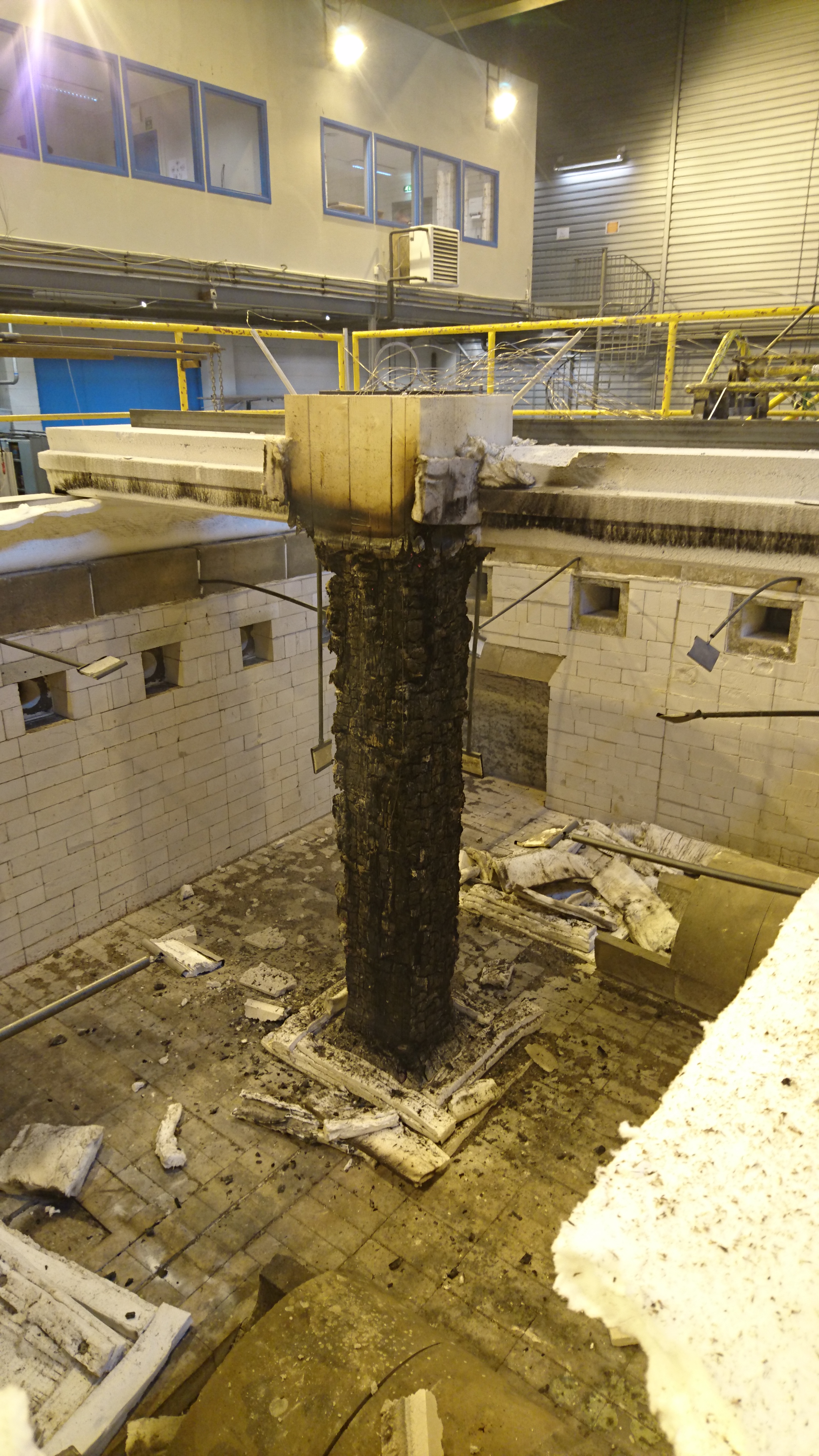 The Norwegian Glulam Manufacturers' Association commissioned consulting company Sweco to carry out the test. The test was conducted by SP Fire Research in Trondheim according to Sweco's specifications.

Three large dimension glulam columns were equipped with temperature sensors and examined during a standard ISO fire for 90 minutes and subsequent cooling off period.

Extinguished by themselves
The columns continued to char even after the fire was over. Charring stopped by itself as the oven temperature dropped.

The wood within the charring layer remains intact, and may be designed to support the building after the fire is over.

Sweco has assessed the results of the test in relation to a burnout fire and states that functional requirements to main load bearing system in fire classes 3 and 4 are satisfied.

Should remain stable
In the Norwegian Technical regulations the requirement is that the main load bearing system in fire classes 3 and 4 must retain its stability through a burnout  fire.

This means that the load bearing system must retain its load bearing ability from ignition and until a fire has extinguished by itself.

The complete report may be downloaded here (Norwegian PDF)

The Glulam Association
The Norwegian Glulam Manufacturers' Association was founded in 1975. One of the purposes of the Association was to work for the increased application, use and development of glulam in Norway.

Sweco
Sweco is one of Norway's largest consulting companies and provides services in the engineering, environmental and architectural disciplines.