Mjøstårnet will be the world's tallest timber building. But what if a fire breaks out? 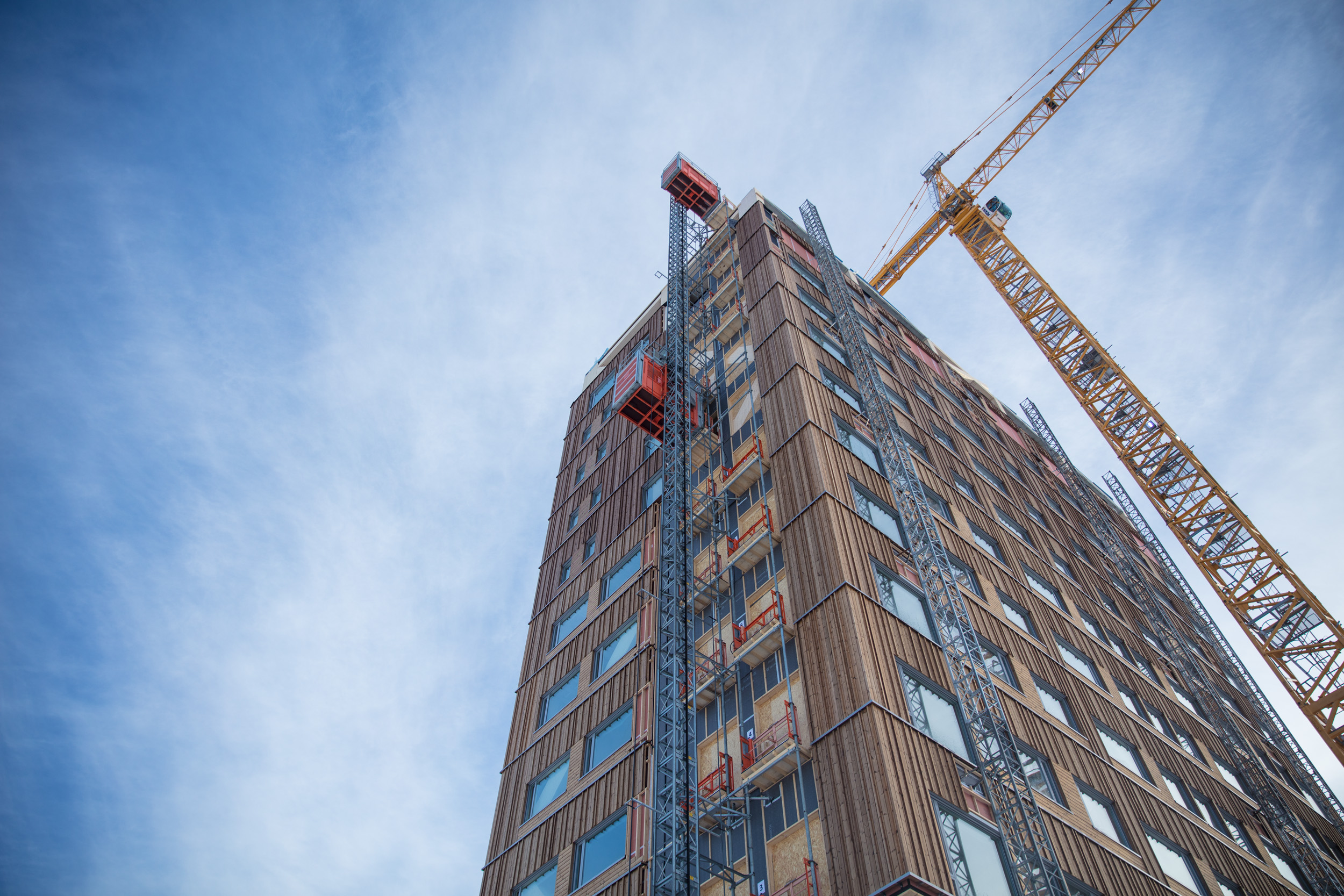 “The fire safety measures that have been implemented in Mjøstårnet make the timberbuilding far safer than a corresponding building with a traditional steel and concrete structure. Mjøstårnet is one of the safest buildings along lake Mjøsa, and can withstand even an extensive fire,” says Even Andersen. He’s is a fire consultant with Sweco Norge AS, the company responsible for fire safety in the building.

Mjøstårnet will be 81 metres tall across 18 storeys. When completed in 2019, it will be the world’s tallest timber building. Wood is a flammable material, and up to 1997 it was prohibited to build timber houses taller than three storeys in Norway. This was due to the old “Brick law,” which came into effect after the Ålesund city fire in 1904.

“Much has changed since Ålesund burned, and at Moelven we have long experience building tall and fireproof timber buildings. The key is in the structure and the use of glulam beams,” says CEO Rune Abrahamsen of Moelven Limtre.

Glulam structures don’t burn by themselves

Many people may nod in agreement after placing a huge log in the fireplace. It won’t keep burning unless replenished with kindling. The large log will quickly develop a layer of charcoal, but the fire will die out by itself.

The world record rising next to Mjøsa has been designed to withstand aburnout fire. This means a fire that is allowed to develop freely without active extinguishing.

“The glulam structures retain their load-bearing ability in a burnout fire. Our fire tests show that glulam acquires a protective layer of coal that denies the fire the ability to keep going, and it dies out. Even after long exposure to fire, a glulam structure with such sturdy dimensions as used in Mjøstårnet, will have a sufficiently great load-bearing core of fresh wood. The structures are also positioned at a sufficient distance from each other so that a fire cannot keep going by itself when only the structures are on fire. This prevents the building from collapsing, even in the event of a burnout fire in fittings and furnishing,” says fire consultant Andersen.

In addition to Mjøstårnet being designed to withstand a burnout fire, a number of additional measures have been implemented that one ordinarily wouldn’t have in a regular steel and concrete building (see separate fact box). For example, the façade is protected against fire spreading, the building has an upscaled sprinkler system, and each individual room on each floor is designed as an individual fire cell. This has been done to prevent fire from easily spreading to the next room.