“With a wider building, it will be possible to build a timber building taller than 100 metres. 150 metres should also be possible. Possibly even taller.” 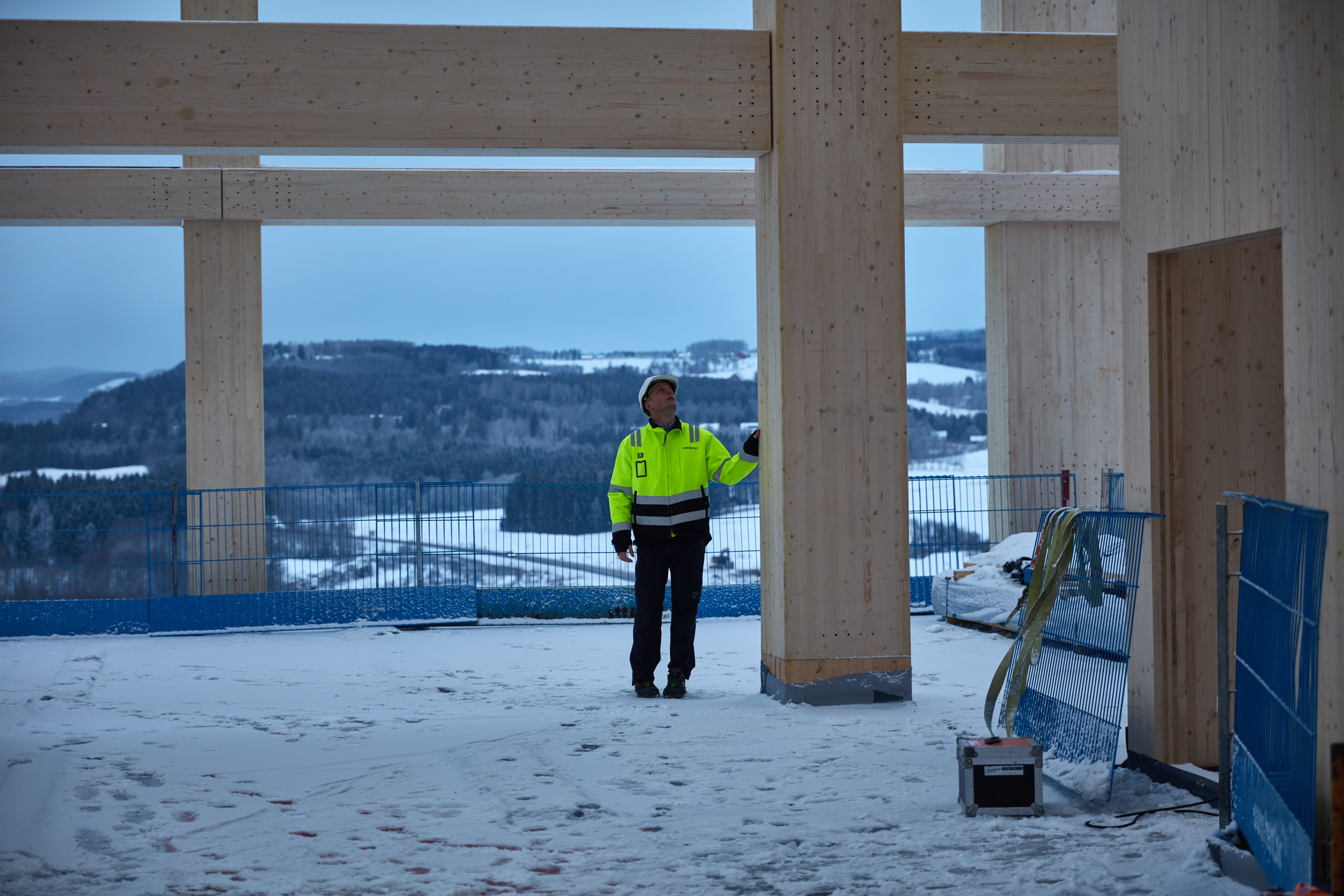 These are the words of Director Rune Abrahamsen of Moelven Limtre AS. The man behind “Mjøstårnet,” among other things, which when completed in March 2019 will be the world’s tallest timber building. The building that many people in the international construction industry consider to be world-class engineering.

> > See film no. 2 about world-class engineering

> > See film no. 1 about the man behind Mjøstårnet

“The project is an important contribution to make the international building industry more environmentally friendly. When one proves and documents that one can build a taller timber building that what one previously thought was possible, there’s no doubt that this is world-class engineering,” Tiltnes says.

In addition he believes that for several decades the industry has seen that Moelven has a world leading production environment for wood materials.

“I don’t believe that Mjøstårnet could have materialized without Moelven’s experience from the Olympic halls, the airport at Gardermoen and the company’s many groundbreaking bridge projects.

Tiltnes heads Bygg21, which is the government’s instrument to promote an efficient and sustainable industry in Norway. Bygg21 is a partnership between the government and the entire Norwegian construction and real estate industry. Tiltnes previously headed the introduction of the international classification system BREEAM in Norway.

Tiltnes says that Mjøstårnet contributes to terminate earlier myths that wood is not suited for tall buildings.

“Unfortunately, many industry players have previously had an unfounded fear that wood has poor load-bearing properties and high risks in the event of fire. Mjøstårnet is contributing to more people realizing that wood is very safe with regard to fire and has a load bearing capacity that allows for significant heights. Together with we recently launched a digital guide for the use of industrial wood structures. I believe the upcoming world record of 81 metres is just the start of a megatrend,” Tiltnes says.

Rune Abrahamsen says that a number of players are vying for the world record for the world’s tallest timber building, and a need for a proper definition of a high rise timber building has arisen. A while back he was in Australia to take part in an international workshop on tall buildings.

“On commission from the Council on Tall Buildings and Urban Habitat (CTBUH), Englishman Dr. Robert Foster, on behalf of the workshop participants, has put forward a proposal that buildings with braced concrete cores be defined as wood-concrete hybrid buildings.

He has reason to believe that this proposal will be adopted in the first half of 2018. If the rules come into force, HoHo Tower in Vienna and Brock Commons in Vancouver will be defined as wood-concrete hybrid buildings rather than timber high-rises.

“Both of these projects are nevertheless outstanding examples of how one can achieve major reductions in greenhouse gas emissions by combining materials,” Abrahamsen says.