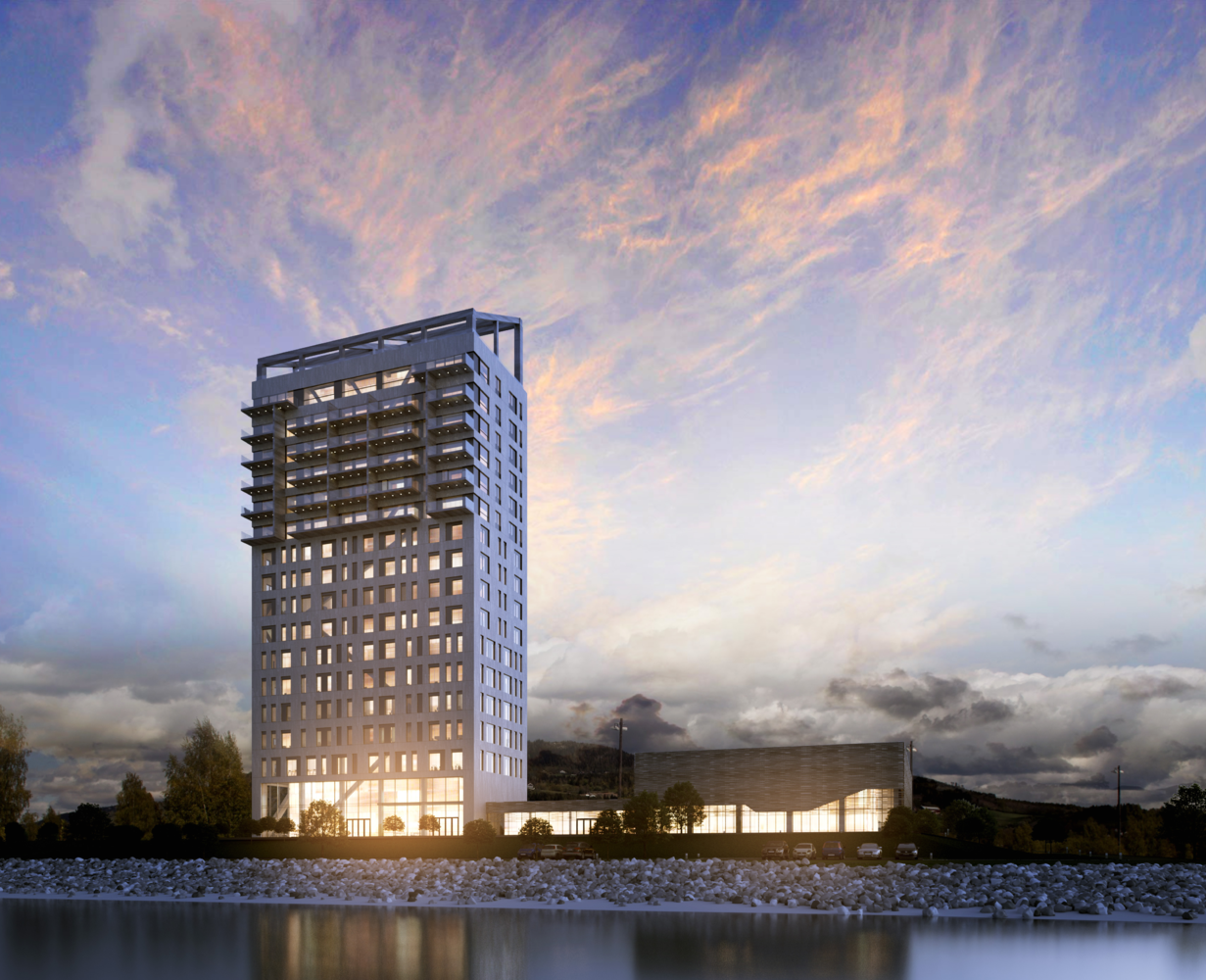 Its good environmental and fire-resistant properties are often the deciding factors in the choice of glulam for load-bearing structures in large buildings. Following extensive development work, timber bridges have also come to be an important market area for Moelven glulam.

Moelven develops and manufactures glulam industrially under controlled conditions at three production plants: Moelven Töreboda, Sweden, and Moelven Limtre, Norway, with plants in Moelv and Vatnestrøm, Norway. Moelven Töreboda, which was established in 1919 and is the oldest glulam factory in the world, is now one of the leading manufacturers of glulam in Europe.

Consultancy at the inception of the project

Besides the production of standard and special beams, Moelven Töreboda and Moelven Limtre offer professional consultancy at the inception of the project, and also develop special structures as required. Project deliveries can be offered complete including mounting in-situ.

Long lengths can be manufactured

Laminated timber beams are built up from a number of high-quality, spruce laminated timber lamellas, glued together, and available in a number of different classes of appearance and dimensions. Using finger jointing, very long lengths can be produced. The manufacturing principle is simple: laminated timber sections (boards) are stacked and glued together to make large structural elements. Size and length are limited primarily by transportation capabilities.

Glulam is stronger and more rigid than solid timber of the same dimensions. This is due to the lamella effect: glulam incorporates lamellae of varying strengths, and the risk of defects in multiple laminated timber sections ending up together is very small. Laminated timber is also sorted based on durability and the strongest laminated timber is deployed at the extremities of each beam, where the tensions are generally greatest.